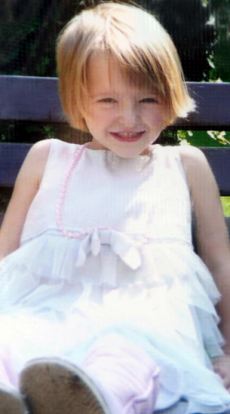 Tragic: The body of four-year-old Keira Madden was found in the house she shared with mother Catherine (pictured below) whose body was found on a beach after leaping from a cliff

A Mother embroiled in a bitter divorce fell to her death from a 250ft cliff shortly before her four-year- old daughter's body was found at the family home.

Cathy Madden, 40, died after chaplains who patrol the area around Beachy Head had tried to stop her.

Police then broke into her home 50 miles away and found the body of her daughter Keira in her bedroom.

Detectives are still trying to establish how Keira died and are hoping toxicology tests will help.

One line of inquiry is that Mrs Madden killed Keira before taking her own life because she was struggling to cope with an acrimonious divorce from her husband Steven, 42.

Mr Madden, a self-employed computer expert who lives and works in Germany, would come back every three weeks for his access visits to see Keira, the only child from the couple's nine-year marriage.

He had been in Britain for a week when the tragedy unfolded on Saturday afternoon. He is thought to have seen his daughter and wife during his visit.

Friends and neighbours said the Maddens had had a number of heated rows since divorce proceedings began two years ago. 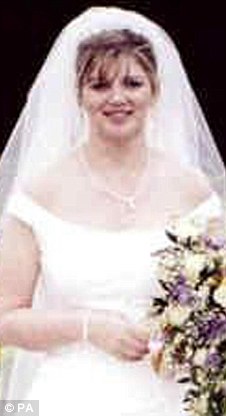 They added that Mrs Madden would often leave the family home looking 'stressed out' and 'ill at ease'.

Two months ago police were called to the £500,000 detached house in Felpham, near Bognor Regis, West Sussex, after reports of a row.

Neighbour Steve Hill, 46, said there was often a 'great deal of commotion' at the property.

'The police were called by neighbours on one occasion because Cathy had been throwing furniture and clothing from the windows on to the pavement,' he said.

'It was a big domestic argument but you just thought it could happen to anyone and you just get on with things. It was a very public row.

'Every time I saw her on the street after this she looked miserable.' Yesterday Mr Hill, a medical salesman, told how police set the burglar alarm off when they broke into the house half an hour after Mrs Madden died on Saturday at 2pm.

He added: 'The next thing I saw was a coroner's hearse arrive.'

A source close to the family added: 'They were a very beautiful and charming young family but for some reason they couldn't make it work.

'It's so sad to think that Keira won't be skipping along the garden path any more.' Police still do not have a clear idea of how Keira died because there were no obvious marks on her body.

Detectives have not ruled out the possibility that she may have been smothered or given a lethal dose of drugs.

Yesterday, flowers, cuddly toys and messages of condolence had been placed outside the house in the quiet, leafy street.

Among them was a note in a child's writing. It read: 'Dear Keira, We are going to miss playing with you. Lots of love from your mates, Rosie and Annie.'

A picture of the four-year- old blonde girl with three friends was left alongside.

Keira's godparents, Sarah and Ewan, who were too upset to speak, left a toy sunflower outside the house with a note which read: 'A little sweetie who will always be remembered. Keira, you will truly be missed.'

Mr and Mrs Madden married in the New Forest in Hampshire in May 2001. Mrs Madden gave birth to the couple's only child in September 2005.

Mr Madden found work in Germany and the family all lived there for a while. But Mrs Madden didn't settle and moved back with Keira.

Detective Chief Inspector Nick Sloan, of Sussex Police, said no one else was being sought in connection with the deaths.

'This appears to be a tragic series of events,' he said. 'Steven is absolutely devastated. We've asked him if he wants to give a tribute but he can't even get the words out at the moment.

'Our thoughts are with the family members at this very difficult time who are being supported by police family liaison office rs.

'There has been a post-mortem examination but this has not given me a cause of death so I am keeping an open mind.'

He added: 'Chaplains who patrol Beachy Head started talking to a lady who fell to her death shortly afterwards.'

He said he did not know the details of the conversation but revealed she had given them a false name and address.

By:Bazza from Vic, Aust on July 11, 2010 @ 7:58 pm
What id like to know was did this mother cry out for help to the system and not heard, refused or ignored? Did she act out of feelings of helplessness and hopelessness?

It really does sadden me the loss of this beautiful young girl.

By:Rambo from NSW, OZ on July 11, 2010 @ 11:37 am
Interesting how journos even tell you the price of the £500,000 detached house. The inferences that could be drawn by the public would be numerous no doubt, however it doesn't bring poor little Keira back now, does it! May she rest in peace.

What the public wants to know is, what the fuck went wrong? What useless part of the system let this kid down?

How can a 40 yo mother have done this? This is what the public wants to know to put better systems in play. All in all it's a disgrace and sad indictment on society today.

Tragic is not the right word to use and implies some element of unforeseen spontaneous accident.

Like most matters dealing with lawyers and Family Courts, matters brew for many months, possibly years before these events happen. The sad thing is they are all preventable with the right intervention and educational programs for various type of stressful situations upon certain types of parents.

In a world where we have some of the best people in psychology and insight into the mind, we still let this child down. What happened here?

How many more children and families need to be flushed down the drain before we all wake up?

Tis such a waste!