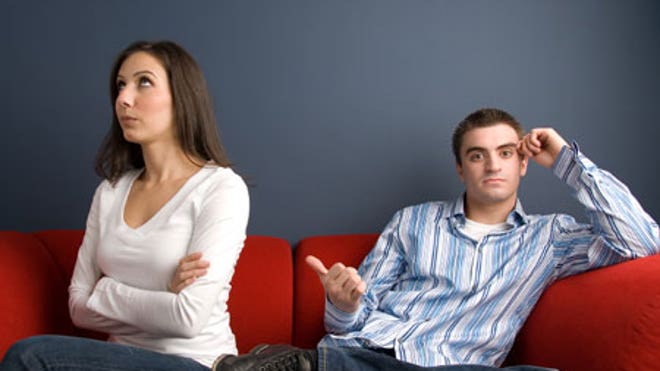 The battle of the sexes is alive and well. According to Pew Research Center, the share of women ages eighteen to thirty-four that say having a successful marriage is one of the most important things in their lives rose nine percentage points since 1997 – from 28 percent to 37 percent. For men, the opposite occurred. The share voicing this opinion dropped, from 35 percent to 29 percent.

Believe it or not, modern women want to get married. Trouble is, men don’t.
The so-called dearth of good men (read: marriageable men) has been a hot subject in the media as of late. Much of the coverage has been in response to the fact that for the first time in history, women have become the majority of the U.S. workforce. They’re also getting most of the college degrees. The problem? This new phenomenon has changed the dance between men and women.

But what if the dearth of good men, and ongoing battle of the sexes, is – hold on to your seats – women’s fault?

As the author of three books on the American family and its intersection with pop culture, I’ve spent thirteen years examining social agendas as they pertain to sex, parenting, and gender roles. During this time, I’ve spoken with hundreds, if not thousands, of men and women. And in doing so, I’ve accidentally stumbled upon a subculture of men who’ve told me, in no uncertain terms, that they’re never getting married. When I ask them why, the answer is always the same.

In a nutshell, women are angry. They’re also defensive, though often unknowingly. That’s because they’ve been raised to think of men as the enemy. Armed with this new attitude, women pushed men off their pedestal (women had their own pedestal, but feminists convinced them otherwise) and climbed up to take what they were taught to believe was rightfully theirs.

Now the men have nowhere to go.

It is precisely this dynamic – women good/men bad – that has destroyed the relationship between the sexes. Yet somehow, men are still to blame when love goes awry. Heck, men have been to blame since feminists first took to the streets in the 1970s.

But what if the dearth of good men, and ongoing battle of the sexes, is – hold on to your seats – women’s fault?

You’ll never hear that in the media. All the articles and books (and television programs, for that matter) put women front and center, while men and children sit in the back seat. But after decades of browbeating the American male, men are tired. Tired of being told there’s something fundamentally wrong with them. Tired of being told that if women aren’t happy, it’s men’s fault.

Contrary to what feminists like Hanna Rosin, author of The End of Men, say, the so-called rise of women has not threatened men. It has pissed them off. It has also undermined their ability to become self-sufficient in the hopes of someday supporting a family. Men want to love women, not compete with them. They want to provide for and protect their families – it’s in their DNA. But modern women won’t let them.

It’s all so unfortunate – for women, not men. Feminism serves men very well: they can have sex at hello and even live with their girlfriends with no responsibilities whatsoever.

It’s the women who lose. Not only are they saddled with the consequences of sex, by dismissing male nature they’re forever seeking a balanced life. The fact is, women need men’s linear career goals – they need men to pick up the slack at the office – in order to live the balanced life they seek.

So if men today are slackers, and if they’re retreating from marriage en masse, women should look in the mirror and ask themselves what role they’ve played to bring about this transformation.

If they do, marriageable men will come out of the woodwork.