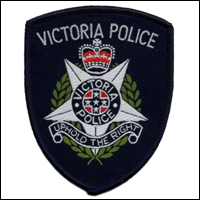 Police are vowing to disqualify licences of anyone convicted of an offence.

EXCLUSIVE: TENS of thousands more Victorians each year stand to lose their drivers' licences under a new law police are vowing to exercise in court.

Sweeping legal changes which came into effect on September 30 allow courts to suspend or cancel the licence of any person convicted or found guilty of any offence - regardless of whether that offence has anything to do with driving.

Victoria Police has exclusively revealed to the Herald Sun that it will seek to use the new powers in up to 50,000 court cases each year.

It has already briefed its prosecutors on the law.

"If you're convicted or found guilty of any offence, a court may suspend or cancel and disqualify your licence," said Acting Senior Sergeant Richard Bowers, of the Victoria Police Prosecution Division.

"The legislation does not govern or put a limiting factor on which cases it applies to. It's any offence, and it's completely open to the magistrate as to whether or not they impose it.

"Unless a superior court gets hold of one of these cases and says 'Well, this is an inappropriate exercise of discretion,' it will remain open for use for a magistrate to use in any way they see fit."

But the move has angered civil libertarians.

"We are very disturbed at the lack of consultation, given this is such a sweeping and draconian measure," Jane Dixon, SC, the president of Liberty Victoria, said last night.

"To deprive someone of their driving licence can often also deprive them of their livelihood.

"We believe, for well-being, there should be a strong foundation between driving and the offending."

Victoria Police said it would advice its prosecutors to use the legislation in any case where the offending can be linked to using a vehicle, which it estimates at around 50,000 cases a year.

"We will raise the legislation in circumstances where driving had been part and parcel of the offending," Sen-Sgt Bowers said.

"It may be an offence where the accused used a car to commit the offences; for example, residential burglaries, using the car to get around."

In another change to the law, anyone disqualified from driving may be forced to fit an alcohol interlock device in their vehicle when the licence is reinstated, if the original crime can be linked in any way to alcohol or drugs.

First-time offenders, and those guilty of even the most minor offences, will not be exempt from the new law.

There are no set suspension or disqualification limits, giving magistrates free rein to cancel a licence for as long as they see fit.

Sen-Sgt Bowers also highlighted drug trafficking and family violence cases as likely ones for the exercise of the law.

"You have to look at each case on its merits and determine where is the best use of this legislation. We have left prosecutors with a fair bit of discretion," he said.

"It's a deterrent and a preventive measure. From our perspective, anything that has the potential to prevent further offending is a good thing," he said.

By:Mark Thompson from Victoria, Australia on December 3, 2013 @ 8:49 am
Australia has been a relatively free country compared to other parts of the world however with changes like above are we headed toward becoming a police state like America?

By:Bewitched from Vic, Aust on November 28, 2013 @ 8:39 am
Vicpol may disqualify licence when found guilty of anything.

"There are no set suspension or disqualification limits, giving magistrates free rein to cancel a licence for as long as they see fit." Best news I've heard all year. Let's ban the whole system relating to automobiles, including all those preventing clean and effective alternatives and initiatives from advancing all our lives in a better direction.

But more fear and restrictions for the people, more money for the legal system and those profiting from the state as a front, hah, tis not the path to travel.

"To deprive someone of their driving licence can often also deprive them of their livelihood." Well said Jane but they don't care about you or I, just money, power and control.

Gotta hand it to those who thought of this crafty scheme - real creativity, or some may say a pack of dirty shifty rats.

Doesn't Tenix(military contractor and the like) owned by the Salteri family(the mob) own the Victoria Police? Well - no surprises there. The mob has always been renowned for makin a few quick bucks, however it was done, who got hurt or what laws got broken or manipulated.

They keep restricting us simply to see how far they can go before we push back. I say the the days for Authoritarian rule are close to over, just as soon as the masses say, enough is enough and no more.

What people need to realise is as the police force and legal system grows bigger, so does it's appetite to consume you and I, our incomes, assets, family and life.

These two statements contradict each other. 'Found guilty of any offence...' is not the same as citing specific areas such as 'drug trafficking and family violence cases as likely ones for the exercise of the law.'

"It's a deterrent and a preventive measure. From our perspective, anything that has the potential to prevent further offending is a good thing," he said. Well done Jon Kaila, for leaving us on this reassuring warm and fuzzy note. Not!

On a more positive note and if the law is truly fair, perhaps the test will truly be when we see all those in power lose their privileges as well, right?

Did ex-Magistrate Cooper guilty of playing with boys lose his license in a recent court judgment on 19 Nov 2013 (post 30 Sep)? No...hmmm... but I guess the fact "the former lawyer who rose to become a councillor, mayor, senior crown prosecutor and magistrate had shown he was capable of redemption"1 made it ok. So as long as you have status, a good high paying career doing wrong things when you should have known better is ok, and is this yet another example of the legal industry looking after it's own? I doubt the rest of us plebs may not be so lucky.

If draconian laws like this are allowed to brought in as rules restricting a human's right to travel wherever he/she chooses including along common ways, what will be next?