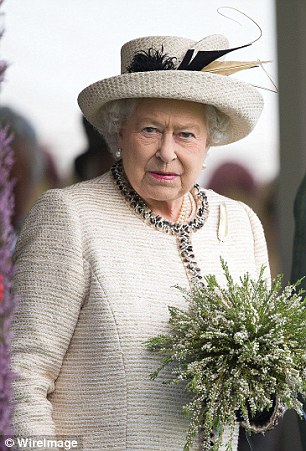 Emissary: The Queen may be forced to appoint an Australian-style representative to rule in her name in an independent Scotland

The Queen may be forced to appoint an Australian-style representative to rule in her name in an independent Scotland, experts suggested yesterday.

The Monarch could be confronted with divided loyalties as head of state for both the remainder of the UK and a breakaway nation north of the border.

Though nationalists insist it would not be necessary, a solution could be to appoint a governor-general to act on behalf of the Sovereign.

There are also suggestions that Prince Charles may have to receive a second coronation if he is crowned Scotland’s King.

Scotland’s First Minister Alex Salmond insisted this week that the Queen would be ‘proud’ to become ‘Queen of Scots’ in the event of a Yes vote, and risked the wrath of the Palace by hinting that she told him as much in a recent visit to Balmoral.

Though the Queen is thought to be passionately in favour of the Union, Buckingham Palace took the highly unusual step of warning earlier this week that she should not be dragged into the debate.


A spokesman for the Monarch said she was ‘above politics’ and dismissed suggestions that she should publicly intervene in the referendum campaign.

The Queen is head of state in 16 countries outside the UK, such as Canada and Australia, and has personal representatives in each.

Though significant numbers of Scottish nationalists want a republic, Mr Salmond has insisted the Queen will become head of state of an independent Scotland.

Robert Blackburn, professor of constitutional law at King’s College London, said the Queen may need to consider her role if the UK does break apart next week.

He said: ‘Politically, the Queen could find herself in difficulties if she received contradictory advice on her Royal duties or public utterances on matters of common interest, particularly in foreign or diplomatic matters, where the British and Scottish governments might happen to be at loggerheads.

‘One solution would be to establish an office of governor-general in Edinburgh to act in the Queen’s name.’

A governor-general would also have the power to appoint a Scottish prime minister if an election had resulted in a hung parliament.

Scottish church leaders have also examined plans for a separate coronation ceremony, the first to take place on Scottish soil since 1651 when King Charles II took the throne.

Majesty: There are also suggestions that Prince Charles may have to receive a second coronation if he is crowned Scotland’s King

Any changes would not apply to the present Queen, but a second coronation could take place for her successors – most likely in St Giles’ Cathedral in Edinburgh.

Future Kings and Queens would promise to ‘uphold Scottish religious life and traditions’.

The coronation of every British monarch to date has taken place at Westminster Abbey in London, with the Queen’s ceremony taking place 60 years ago this June. They are performed by the Archbishop of Canterbury, the most senior cleric in the Church of England.

Stephen Haseler, director of the Global Policy Institute in London, added: ‘Alex Salmond has overcome the issue of the monarchy initially by saying “Look, we will keep the Queen”.

‘But of course the Queen won’t be around for very long, and my absolute conviction is that once the Queen goes the Scots won’t wear Prince Charles, and they will go for a republican system within the European Union.’