SOUTH Australia’s five worst fine evaders have been named and shamed for the first time by the State Government in an effort to help recover hundreds of millions of dollars in fines.

The name-and-shame file, to appear on the Government’s Fines Enforcement and Recovery website from tomorrow, includes Liberty Walton, 24, who has amassed $115,000 in fines and penalties from 219 parking and traffic offences. 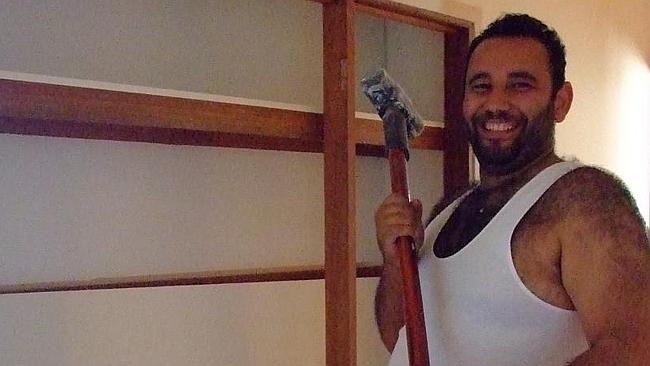 Ali Faraj, 32, owes $150,000 for 12 court-imposed fines and compensation orders for ripping off customers in unlicensed used-car deals and home renovations.

The Consumer and Business Services Commission had previously described Mr Faraj as “untrustworthy, unethical and a threat to consumers”.

They have a combined 163 traffic and 51 court-imposed fines outstanding.

Attorney-General John Rau said the unit would publish the names and dates of birth of the top five hardcore defaulters who regularly and deliberately ignored paying their fines.

Their addresses will be suppressed. Mr Rau said: “It is unacceptable that so many people are finding ways to beat the system and not pay fines on time when we have many practical payment options available.

“Releasing the names of these individuals follows numerous attempts to engage with each of the debtors to address payment of their overdue fines — all of which have been dodged. No payment has been received and there is no payment plan in place, which makes it clear they are deliberately avoiding payment.”

The name-and-shame policy — promised by the Government when it set up the unit in February — is the latest weapon in the arsenal to crack down on fine defaulters, who owe a total $260 million.

In March, the five worst fine-dodging firms — which owed a total of almost $200,000, mostly for traffic violations — were named.

While three firms — Forty 2 Pty Ltd, Tyger Investments and ADEPT Sales Group — are still listed on the unit’s website, the other two firms have organised debt repayments for a combined $121,000 in outstanding fines.

The naming of individual hardcore fine defaulters was delayed due to legal issues involving privacy.

As part of tough measures to rein in defaulters, unit officers can also suspend driver’s licences, seize property and draw from their wages and salaries.

More than 16,000 drivers currently have their licences suspended for failing to pay overdue fines.

Restrictions and licence suspensions are indefinite until the debtor contacts the unit to arrange payment.

The unit has clawed back more than $75 million from defaulters in its first 10 months of operation. It is responsible for collecting fines for more than 100 agencies, including local councils, police and government departments.

Mr Rau said the unit was contacted by more than 1500 individuals each day to address overdue payments.

The Government last month boosted funding for the unit to cope with the surge in debtors seeking to settle their outstanding fines.

Of the $27 million committed to the unit over the next five years, almost half will be spent on doubling call-centre staff by adding an extra 40 positions.

Mr Rau said the existing fines-management system was outdated and costly to run and would be replaced.

“It will be better integrated with other systems, such as those used by external debt-collection partners,” he said, adding such a move would eliminate the need to complete a high level of transactions manually and “external debt collectors will also be engaged over the next two years to help clear a backlog of unresolved cases’’.

These measures are expected to recover an extra $41 million over the next five years, at an estimated 9 per cent recovery rate.