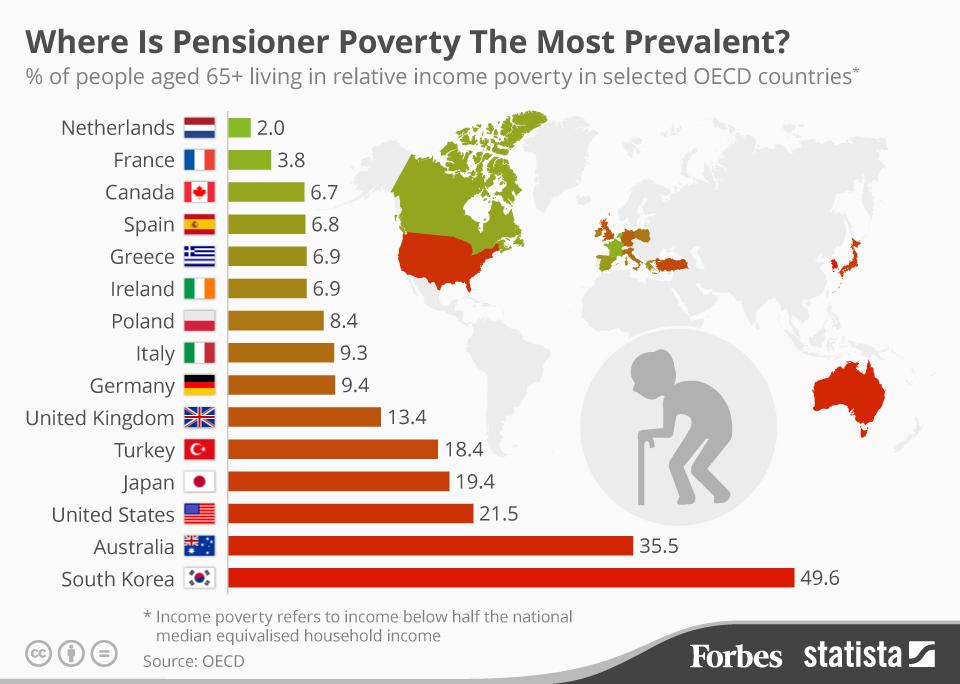 A recent report showed that 12.6 percent of people aged 65 and over in OECD countries are living in relative income poverty. That is defined as an income below half the national median equivalised household income. Older women are at greater risk of poverty than men with "the older old" (75 and older) falling on hard times more frequently than "the younger old" (aged 66-75).

Where is global retiree poverty most and least prevalent? According to the figures in the report, the poverty rate among over-65s is alarmingly high in South Korea, 50 percent. In Australia and the United States, income poverty among pensioners is also high, standing at 35.5 percent and 21.5 percent, respectively. By contrast, the Netherlands and France both have much lower rates of pensioner poverty. The report cites a pension system that has not fully matured as one of the reasons for the high rate of poverty among elderly South Koreans.