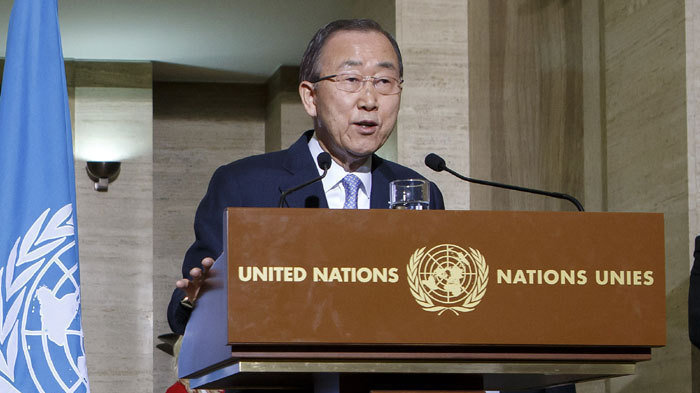 #ParentalAlienation on Twitter NOW!
Professionals in different disciplines identified and defined Parental Alienation as the pervasive practice of one parent against the other parent to destroy the parent-child relationship with the targeted parent. This is usually done with the intent to gain financial benefits.

Since 1990, the year that The Convention on the Rights of the Child entered into force, a more pernicious form of Parental Alienation permeated parent-child relationship. Parental Alienation is now perpetrated not only by alienating parents, but States, judicial systems and child protection services profiteering. Children are forcible, cruelly and brutally removed from their homes without any evidence or proof that the alienated mother or father is harmful to the child.

In order to comply with the annual resolutions suggested by civil society (NGO's) to the UN Committee on the Rights of the Child, UN Member States Parties initiated, developed and endorse the ongoing global war persecuting parents and snatching children. As a consequence children are forcible removed and alienated from their parents for no just cause or no just purpose. The UN Committee on the Right of the Child resolutions are accepted, become law unquestioningly and never challenged by Head of States, national or international government representatives.

Children Protection services are privately owned businesses and non-government organizations (NGOs) contracted and funded by States and local governments. Child Protection agencies along with their army of social workers are forcible and heartlessly removing children from their homes, parents, grandparents and family. Under warped and heinous allegations children are brutally snatched, warehoused, traded and sold in the extremely lucrative market of foster care and child adoption.

This absurd cruelty, brutality and genocide has to stop now!

By:Angela Sanderson from Washington , Usa on November 23, 2016 @ 2:52 pm
Let's stop rewarding conflict and conditioning money to behave as such.

By:Phillipa Cunningham from [NON-US], New Zealand on September 25, 2016 @ 9:43 am
Parental alienation is Child Abuse and must stop. Those who are found to have used Parental Alienation should be criminally charged.

By:e Duffus from London, England on July 26, 2016 @ 4:49 pm
Sad when a parent using PAS to cover up their abuse of their children. This is a serious and damaging to children.

By:Vincent Skeen from Limpopo, South Africa on July 18, 2016 @ 2:54 am
Hi, i'm a victim targeted parent whom my children has been alienated from me for 3 years without any communication whatsoever, just because the entire system has failed me, and others in my position. The system in South Africa has not adopted to the changes of new regarding rights for equal to both parents and the children. No matter what we do, Fathers declare themselves bankrupt as our money goes to mental health systems through to legal routes taken, only to lose in the end and gain nothing. It's sick and disrespectful. We in South Africa need big guns as the United Nations to intervene and fix this crime the courts and mental health system and welfare, are inflicting upon good daddies and good mommies. Also to assist us as i am a coach in this field, and all the funds used to create awareness, comes straight from our own pockets. As i am also bankrupt, i will not stop assisting those in the need. Fund raising is out of the question as the permission to be granted is in a huge backlog.There is not any donations granted to assist as i have tried already.

10. By:Janine Nikkel from MI, USA on July 9, 2016 @ 9:08 am
Too many children are being deprived of a loving relationship with one loving parent, grandparent or other family members. Mkms and dad's are being erased in the name of revenge.

By:Toni Grange from ACT, Australia on May 20, 2016 @ 12:36 pm
Parental alienation not only occurs by the narcissistic sociopathic ex who continues to exact his control, manipulation and deception and use his own children as pawns in his vengeful game; it also occurs in the Family Court system in Australia whereby the Court, Court Registry, Judge, Family Court Reporter, Independent Children's Lawyer, Police, DOCS, all the lawyers including Legal Aid, assist, abet and ensure that the alienating parent is granted sole custody despite his physical, sexual, emotional, mental abuse and neglect of the children. What Authority will stand up to these crimes against humanity and save us from this nightmare?

By:Kris Tyers from Victoria, Australia on April 29, 2016 @ 4:24 pm
The laws in Australia regarding family law and the human wrights are not inforced at and the rights for child and parent are taken away just as DHS they hurt child and family every day in family courts we need a change for owe child kids in the future

By:Murat Parilti from Turkey, Turkey on February 16, 2016 @ 8:00 pm
Parental Alienation is a worldwide issue. The world needs multilayered parental reforms. Let's stick together and support each other for the sake of our children. Parental Alienation is one of the worst forms of abuse. Children cannot be alienated from their rights.

By:God Almighty aka Robert lewis of the family Debono from Perth, Australia on February 16, 2016 @ 3:17 pm
The TIME is now for "We the People" of ALL nations must rise [in mind] for it is ONLY TRUTH that will set you FREE from a system which has been built by men, for ALL LIVING men are representatives for the ANTICHRIST [in mind] for EVERY- BODY who is born through the image of CHRIST [or whoever your deity may be] is CHRIST and NO-BODY OF CHRIST can rise in mind unless the mind has been oppressed by the forces of evil…therefore we must thank the oppressors for they are the bringers! We the people are the gods and god must take responsibility-for the only way the people can enter the NEW AGE is through the rise in your consciousness...Full details at 'The Palace of Thinking'...The only difference between you & I is I have the knowledge to bring OUR WORLD freedom, for my mind has risen in consciousness through the Wisdom Of Robert Lewis Debono [WORLD]...We all fly as one therefore we must unite in oneness for PEACE, HARMONY & PROSPERITY is the only way humanity can move forward! I have evidence from here to Kingdom Come lol Open your mind and always keep in mind...just because you don't believe in what someone is saying does not mean its not true...I will prove to you that the majority of what you believe to be TRUTH ( regarding gov, economy & slavery) is actually 100% Pure Bullshit! - 'Talk Sense to a Fool & they will call you Foolish' Our kids are our future therefore Family Courts will be abolished...