Man, 70, worth $10 million can't spend his money because of a legal battle with his daughters - who say his new wife is 'taking advantage of his dementia'

A man has lost control of his $10 million fortune after losing a legal dispute with his daughter's who claimed his new wife was taking 'advantage' of his dementia.

The 70-year-old man, from the Gold Coast, inherited the sum from the sale of his family's food company in 2012, which was an iconic Australian brand, the Courier Mail reported.

However, the man's daughters have launched guardianship proceedings against him and his wife, who he married in secret at the end of 2012 without his adult children present, at the Queensland Civil and Administrative Tribunal. 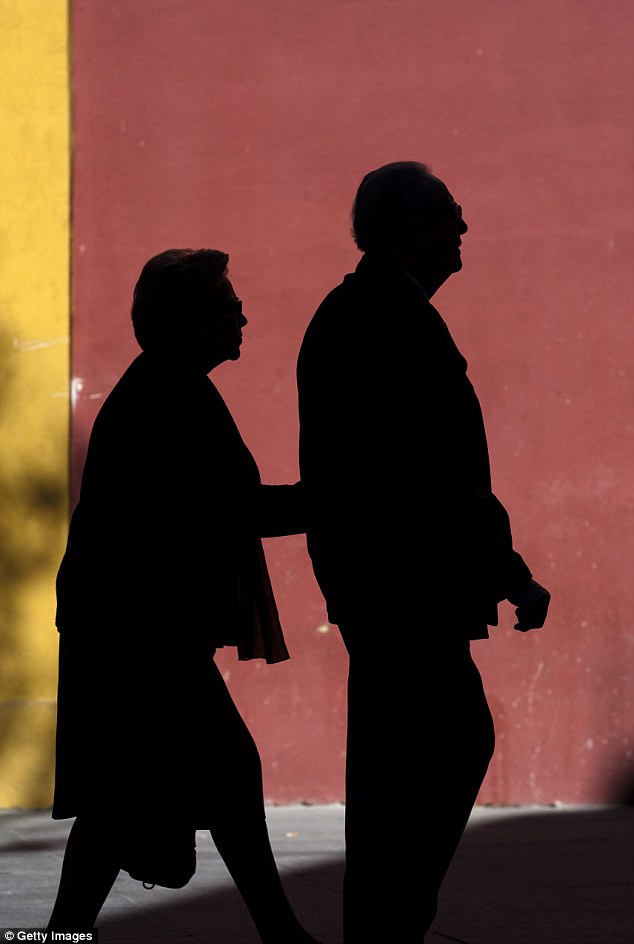 A man, 70, who inherited $10 million from the sale of his family's food company must ask permission from the Public Trustee to use his money

The daughters claim she is taking advantage of his dementia by emotionally abusing and isolating him from friends and family.

They have also shown court images of signs around their father's home telling him to contact his wife if his daughters rang or visited.

One daughter said: 'I was very worried that she was exerting a huge amount of influence over Dad and controlling his life.'

The tribunal found the wife was taking advantage of her husband's elderly condition and the man must ask for permission from the Public Trustee to use his money.

But the wife claims he does not have dementia and that not being able to use his own money is an abuse of his human rights.

'He's worth $10 million and he can't even spend 10 cents without going cap in hand. It's an abuse of human rights,' the man's wife told the Courier Mail.

She accepted he was an alcoholic with short-term memory loss but argued there were no 'negative medical reports' indicating he did not have the capacity to run his life'.

The woman also disputed his family's claims that he did not want to marry her, saying that she and the 70-year-old man had known each other for two decades and had decided to wed after he stopped drinking in 2012, according to the Courier Mail.

Appeals are against the decision are in progress.