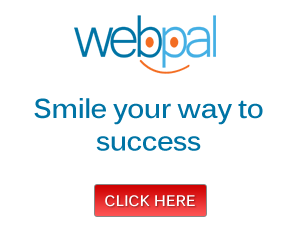 Not so fast, Malcolm.

Your scheme to get same-sex marriage has hit a few snags. Hasn’t it?

Your stunt to have a plebiscite rather than a referendum is heading for the rocks of common law, isn’t it?

Let’s see. Back in 1979 the Chief Justice of the High Court said in the majority (6-1) decision in Trigwell’s case, “The Court is neither a legislature nor a law reform agency. Its responsibility is to decide cases by applying the law to the facts as found.” The “law” in this case was the common law.

Trigwell’s case concerned a vehicle, driven along a main road, which collided with sheep.The collision caused another collision where a driver died and passengers got serious injuries. The land owners who also owned the sheep were included in the subsequent case for negligence in allowing the stock out.

But a common law decision based on a zillion other common law decisions(Searle) had held that owners were not liable for straying stock. So, in dismissing the case as regards the owner, the Chief Justice said in effect, “If the common law is wrong, well the legislature can fix it, it is not our job.”

Interesting – but what has this to do with same sex marriage?

Everything – it goes to the very heart of what millions of people over thousands of years have defined, or understood, as “marriage”. It also goes to the fact of an old English decision (Hyde) made in 1866 (and part of that common law that the Chief Justice didn’t want to touch) held that marriage is, “the voluntary union for life between one man and one woman, to the exclusion of all others.”

So what is the problem? The plebicite might give a different opinion on the definition of “marriage”.

The problem is that the Australian constitution gives sole power to the Federal Government – “sole power” as the Micky Mouse ACT legislature found to their cost – the sole power to make laws with respect to “marriage”.

But that is “marriage” as the makers and framers of the Australian constitution understood “marriage” – not as some other organisation understands it, whether it is the Gay Lobby, the Catholic Church or the ABC. Or Malcolm Turnbull for that matter.
The Federal Government can re-affirm Hyde’s definition, it might even strengthen it, but it has no power to contradict or even alter the meaning of “marriage” where “marriage” is mentioned in the Australian constitution.

In fact, the Feds did re-affirm the original meaning back in 2004 when it passed the Defence of Marriage Act, for what it is worth.

Well, the High Court has repeatedly affirmed that the connotation or meaning of a given word must remain fixed as it was established at the time the law was originally enacted. Under orthodox rules of Australian legal interpretation, “the meaning to be given to a term [in the constitution] is that which it had at the date of the constitution, 1900.” (Zine)

That seems to be clear enough.

Want more? Quick and Garran had a few words to say on marriage – remember John Quick was one of the drafters of the constitution – “Marriage is a relationship originating in contract, but is something more than a contract. It is what is technically called a status, involving a complex bundle of rights, privileges, obligations, and responsibilities which are determined and annexed to it by law independent of contract. According to the law of England, a marriage is a union between a man and a woman on the same basis as that on which the institution is recognised throughout Christendom.”

Really, Malcolm, you really have to change the definition of marriage, if it is to be changed at all, by a referendum.

So have the referendum – after all, you have this wonderful ability to know the will of the people, or something, and they will change the definition of “marriage” something closer to your heart’s desire, or something.