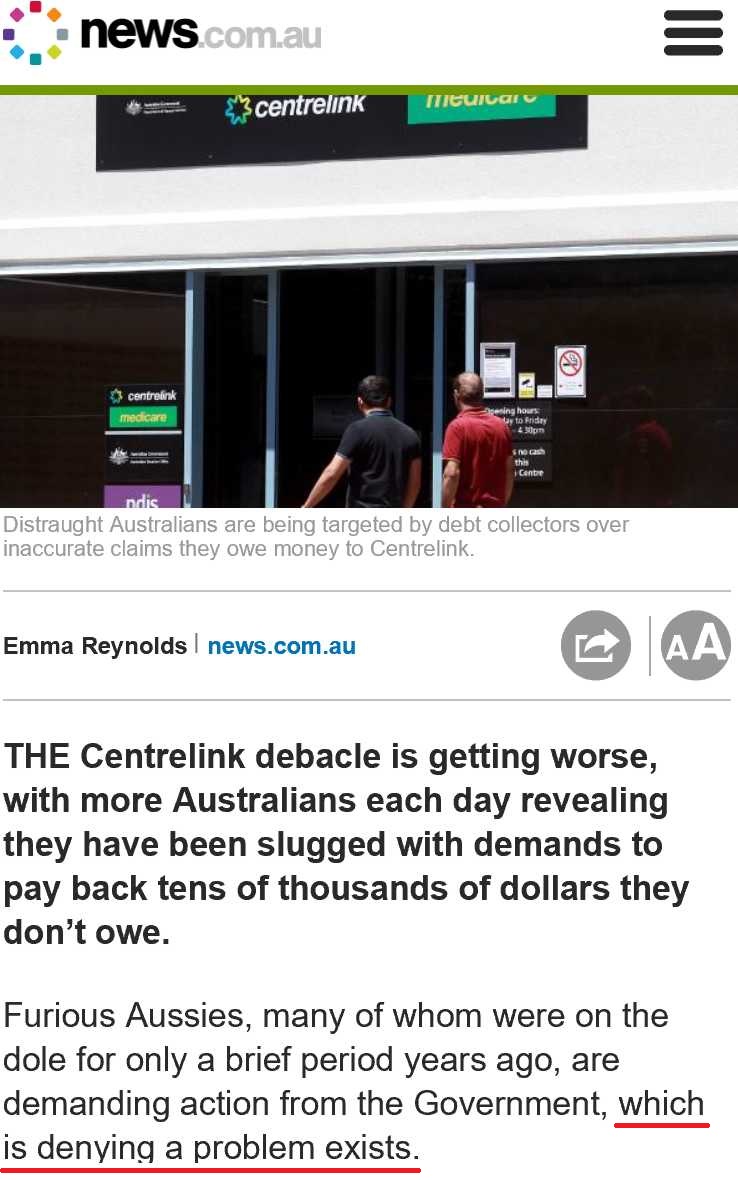 Approximately a month after the news of Centrelink extorting their 'customers' for debts that they have not accrued has made it into the public arena, Centrelink is still continuing with this action, to the tune of 20,000 letters per week.

What may be considered worse is that the people in the 'Australian Government' are lying, in that they are stating the problem does not exist.

How can you trust a government that provides deliberately false information to the people on such an important matter.

Could you trust this government to provide you with factual / truthful responses on lesser matters?

Centrelink is an unlawfully created 'business', a middle man between the corporation conglomerate called the 'Australian Government' and the welfare recipient.

To make things even worse Centrelink claims that they are above the law, by stating in their brochure that they are "exempt from most subpoenas".

See blog post of the headline:
Centrelink is exempt from most subpoenas - BOLLOCKS!

How can you trust law makers that enact laws that make businesses above the law?

How is that making a law for "peace, order, and good government"
(page 9 of the Commonwealth of Australia Constitution Act).

If you received an extortion letter from Centrelink, you may want to sue the CEO of Centrelink Grant Tidswell.

It seems that the people in government are bunch of dodgy liars, doesn't it ?

By:Willy Wanker from qld, aussie on January 5, 2017 @ 7:57 am
any problems email the wankers at wank@humanservices.gov.au