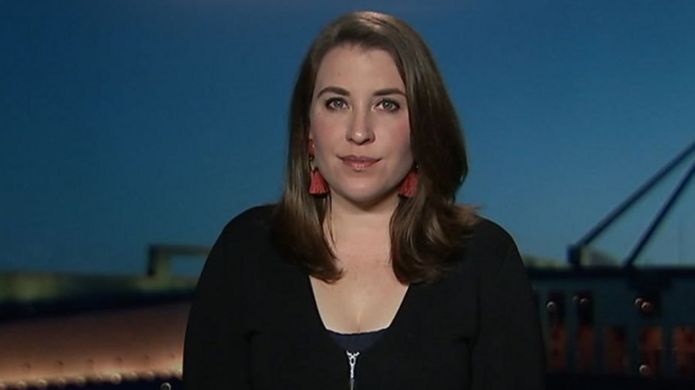 Australian police have raided the home of a journalist who reported that the government was considering a secret plan to spy on its citizens.

The Australian Federal Police said it had executed a search warrant as part of an investigation into the alleged leaking of classified information.

Journalists have expressed alarm over the raid.

A spokesperson for the press gallery in parliament called it "an outrageous move that should concern all Australians who value their freedom in an open society".

The Media, Entertainment and Arts Alliance, a leading union, accused the police of seeking to "punish a journalist for reporting a legitimate news story that was clearly in the public interest".

Ms Smethurst, the national politics editor of the Sunday Telegraph and other News Corp Australia titles, reported last April that Australia's Home and Defence ministries were discussing a proposal that would grant new powers to the Australian Signals Directorate (ASD), a cyber intelligence agency.

She wrote that under the plan, emails, bank records and text messages of Australians could be accessed by the ASD if the two ministries gave their approval. Currently, the ASD is not allowed to spy on Australians, though the domestic spy agency, ASIO, can investigate citizens with a warrant.

At the time, the two ministries and the ASD released a joint statement saying: "There is no proposal to increase the ASD's powers to collect intelligence on Australians or to covertly access their private data."

Tuesday's raid in a suburb of the capital, Canberra, came weeks after a new centre-right government was elected. In a surprise result, Prime Minister Scott Morrison was returned to office.

The police were at Ms Smethurst's home on Tuesday for more than seven hours, according to the Sydney Morning Herald. The warrant allowed police to search her computer and mobile phone.

"This warrant relates to the alleged publishing of information classified as an official secret, which is an extremely serious matter that has the potential to undermine Australia's national security," the federal police said in a statement.

News Corp Australia, which is owned by Rupert Murdoch's News Corp, said that the raid was "a dangerous act of intimidation".

"What's gone on this morning sends clear and dangerous signals to journalists and newsrooms across Australia. This will chill public interest reporting," it said.

Separately on Tuesday, Ben Fordham, a prominent radio journalist, said that the government was investigating how he obtained information that up to six boats carrying asylum seekers had recently tried to reach Australia.

Fordham, a broadcaster for radio station 2GB, said that his team had been contacted by an official from the home affairs ministry requesting assistance with the investigation.

"The chances of me revealing my sources is zero. Not today, not tomorrow, next week or next month. There is not a hope in hell of that happening," Fordham said.

The BBC contacted the home affairs ministry for comment. A spokesperson would not confirm or deny the existence of the investigation.

The spokesperson said that two groups of people headed for Australia from Sri Lanka by boat had been returned home in recent months. On 23 May, a vessel carrying 41 people broke down and those onboard were rescued by the Sri Lankan navy, the spokesperson said.

Another vessel was detained by the Sri Lankan navy in early March and 30 people were sent back.

The Australian government prohibits any asylum seekers from reaching the mainland by boat. It intercepts vessels at sea as part of a tough policy that it says has successfully deterred dangerous boat journeys.