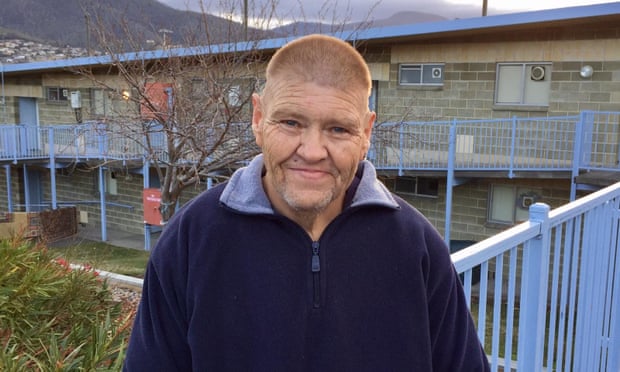 What might it take for a 53-year-old intellectually disabled man to be evicted from his public housing unit? To be told that he had exactly 54 days to pack his bags and leave the place he had called home for a decade? To be made homeless by the state?

On a Thursday afternoon in May 2017, Gregory Parsons learned that the answer was not very much at all.

Standing on the doorstep of his one-bedroom Hobart flat, he was handed an eviction notice by an official from Tasmania’s housing authority.

In the 10 years he’d lived there, Parsons’ lease had been renewed 14 times. He’d never missed his rent.

“I wondered why, all of a sudden, should I go? When I haven’t done anything?” Parsons says now.

When he refused to leave, authorities successfully sought a court order to have him removed.

But this week, in what advocates called a landmark decision for the state’s 7,000 public housing tenants, the full bench of the Tasmanian supreme court unanimously ruled that Parsons could stay.

It backed an earlier supreme court ruling that found the order to remove him from his home was not “genuine or just”.

Parsons, a disability pensioner of 40 years, had taken on the Tasmanian government – and won.

“I didn’t expect it to go this far when it first started,” Parsons tells Guardian Australia. “Now it has, and I’ve come out of it as the winner.”

State’s ‘tactic’ to avoid scrutiny
The story starts with the letter he received on 4 May 2017. Even then, Hobart was edging towards what the city’s News Corp tabloid, the Mercury, this week labelled a “homelessness crisis”.

When Parsons got his eviction letter, he would later tell a court he had nowhere else to go. He gets about $400 a week from his pension, of which a quarter goes to rent.

He couldn’t afford Hobart’s private rental market, these days described as Australia’s most unaffordable. The current wait for a public housing unit is 56 weeks.

“I thought I was going to be homeless if I did nothing,” Parsons says. “So I thought, ‘Go and do something and hope for the best’.”

Enter Benedict Bartl, a senior solicitor at the Tenants’ Union of Tasmania and Parsons’ lawyer. The case came to him through the office of the Labor MP and shadow treasurer Scott Bacon. His electorate includes the working class suburb of Glenorchy, where Parsons lives.

Bartl was outraged that the government’s public housing authority was arguing it “shouldn’t be treated any differently to a private landlord”.

After changes to state tenancy laws in 2013, Housing Tasmania had been increasingly placing its tenants on fixed-term contracts. When the lease was up, it could issue a notice to vacate like the one handed to Parsons.

People could not challenge their eviction, because there was nothing to challenge.

“All they do is attach the residential tenancy agreement to the notice to vacate and they hand it to the judge and say, ‘his lease is ending, and here’s the proof’,” Bartl says.

According to Chris Martin, a social housing expert at UNSW, this “tactic” allows landlords to “avoid proving the real grounds for eviction”.

Though the case is peculiar to Tasmania, other state authorities do employ similar methods based on their own laws.

It means they can evict people efficiently without defending their case at a civil tribunal or, in Tasmania’s case, the magistrate’s court.

“This can be significant for social housing providers because more than private landlords they are under pressure over interpersonal disputes between neighbours and use their tenancy agreements to police people,” he says.

The court ruling “should put an end to that particular practice”, Martin says.

‘Half packed and ready’
To defend Parsons, Bartl had to know the real reason Housing Tasmania wanted him out. He filed a freedom of information request.

What came back showed that in October 2013 Housing Tasmania had banned one of Parsons’ friends from visiting the unit over anti-social behaviour.

The notice worked and the man did not return, according to court submissions.

Four years later, another other friend was staying with Parsons occasionally. “I don’t think Gregory was in position to say no,” Bartl says. “I don’t think he feels confident enough.”

Bartl stresses that the man was not living at the property, but Housing Tasmania appeared to believe otherwise. This time, Parsons got an eviction notice. 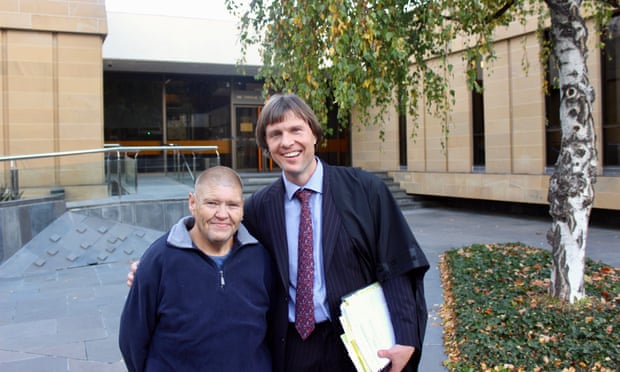 Cassy O’Connor, the leader of the Tasmanian Greens, argues the case has worried many in a “socially and economically disadvantaged state”.

“People understand they are only a step or two from housing distress themselves,” she tells Guardian Australia.

“So when you look at the letters pages of the paper recently, it’s clear that in the community, across demographics, there is concern that Housing Tasmania would evict a man with a disability without cause.”

O’Connor was housing minister in the Labor-Greens minority government that reformed the state’s tenancy laws in 2013. Among the aims, she says, was to clear out people who were in social housing but could afford to rent privately.

Instead, Housing Tasmania has been “directed to apply their lease termination powers in a way … that was never the intent of the legislation”, O’Connor says.

In October 2017, a magistrate approved Housing Tasmania’s application to have Parsons removed. Bartl had argued the eviction was not “genuine or just” but the judge found he had no discretion to refuse the order.

When the case got to the supreme court justice Gregory Geason, things turned around. In December last year, he struck out the magistrate’s court order.

Yet the Tasmanian government chose to appeal. Last week in parliament, the Tasmanian housing minister left the door open to a further high court challenge.

The Liberal minister, Roger Jaensch, told parliament that evictions were “always an action of last resort”. Generally, evictions “only occurr[ed] if a tenant seriously and repeatedly breaches their tenancy agreement”, he said.

Guardian Australia put a series of questions to Housing Tasmania and Jaensch.

A department spokesman would only say: “Housing Tasmania will take some time to consider the implications of this week’s Supreme Court decision.”

As the case has played out, Tasmania has been thrown deep into a homeless crisis. In Hobart, some have suggested using shipping containers to house the city’s growing homeless.

Perhaps unexpectedly, the Mercury this week backed a Tasmanian version of Finland’s Housing First model, where the homeless are guaranteed a place to live.

The longer Parsons has fought the state government, the more bleak the consequences of an eviction have become. Since 2017, the public housing waiting list has ballooned out and private rental prices have kept rising.

Parsons recalls being “very nervous” when the case went to the full bench. It triggered his anxiety.

He’d already gotten together some of his clothes as well as his pots and pans. He was “half packed and ready”, just in case. “I was thinking I would have to move out in a big hurry.”

He’s been “prepared for the worst” but holds no ill will towards his landlord. “They’re just doing their job, you can’t hold grudges,” he says.

Bartl is not so forgiving. “Rather than conceding that they’d got it wrong, they were fighting a case to evict a 53-year-old man into homelessness.”