Federal police raids on Australian media organisations will muzzle whistleblowers in the private and public sectors, a key crossbench senator says, as he ramps up calls for public-interest protections.

Centre Alliance senator Rex Patrick, on whom the Coalition could be forced to rely to get its policies through Parliament, said raids last week on the ABC and the apartment of News Corp journalist Annika Smethurst were an attempt by the government to shut down the "third arm" of transparency. 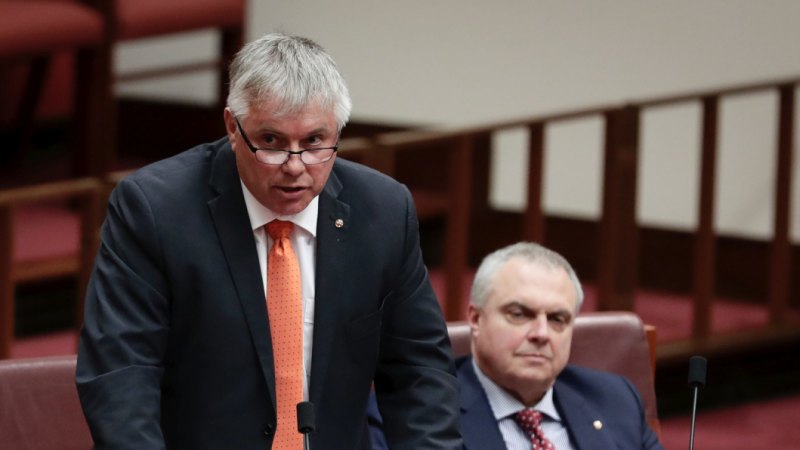 Australian Taxation Office whistleblower Richard Boyle is facing 161 years in prison if found guilty of charges related to his revelations the ATO was ripping money out of small-business accounts under a directive to use more heavy-handed debt collection tactics.

Senator Patrick said the outlet over which the government had little control was the media.

"It's an attempt to shut down that third arm," he said. "They have control over freedom of information [laws], they are not conducting themselves well in the whistleblower space; perhaps the one they have the least control over is the third space where people go if they have lost complete confidence – the media.

"The message [to whistleblowers] is if you go to the media you will be caught," he said.

The South Australian senator, who could hold the balance of power with his colleague Stirling Griff when Parliament resumes in July, said he would push the government to apply uniform protections for journalists across its legislation.

Metadata laws passed in 2017 contained an exemption for journalists that meant if police wanted to access location and digital information transmitted by a journalist's phone, they would have to apply to the Attorney-General for a special warrant. The Attorney-General would then have to consult a public interest advocate.

"They have bypassed the process, taken a pathway of least resistance and gone directly to the premises," Senator Patrick said.

"Once the Parliament accepted that a protection was required in respect of metadata, then they have accepted the principle that you need to protect sources and journalists.

"We should move that protection across to any investigation of journalists in the conduct of their role."

Senator Patrick will also move a bill that would enshrine the freedom of the press in the constitution. If it passed both houses it would trigger a referendum and require all existing laws to be re-interpreted.

"One thing is for sure," he said. "As a result of this week, change is required."

Independent MP Andrew Wilkie said on Friday that it was harder for whistleblowers to go public now than when he revealed his concerns about the Iraq War in 2003.

Mr Wilkie, a former intelligence analyst, told The Australian Financial Review he was aware he was breaching the Crimes Act when he raised his concerns with then Nine News political editor Laurie Oakes.

"It's interesting that back then government didn't pursue that, whereas the government now seems more prepared to do so," he said.

Andrew Wilkie: The former intelligence analyst at the Office of National Assessments resigned before going public with his concerns over the Iraq War, including a lack of evidence that Iraq had developed a substantial nuclear weapons program.

Jeff Morris: The former Commonwealth Bank employee blew the whistle on the financial planning practices of Australia's largest bank. His concerns, revealed by Adele Ferguson in The Sydney Morning Herald and The Age, helped trigger the banking royal commission.

Richard Boyle: The former Australian Taxation Office employee is facing 161 years in jail if found guilty over his revelations the ATO was increasingly using garnishee orders to rip money out of individual and small business accounts. His concerns were rejected by the agency. The disclosures lead to a bipartisan parliamentary inquiry making 37 recommendations for Tax Office reform.

David McBride: The former military lawyer revealed allegations of serious misconduct by Australian troops in Afghanistan, including potential unlawful killings of unarmed men and children that formed the basis of the ABC report at the centre of Wednesday's raid.