The federal government has accepted – or agreed in principle to – almost 70 per cent of the recommendations made by the Black Economy Taskforce aimed at tackling illegal activities estimated to cost the nation about $50 billion a year.

Taskforce chairman Michael Andrew said the overarching governance arrangements were in place and policies co-ordinating government departments and authorities were being rolled out and implemented.

Mr Andrew, a former global head of KPMG who oversaw an interim and final report to the government, said the taskforce was focusing a "lot of good capabilities, a lot of intelligence" on "an urgent, pervasive and damaging problem". 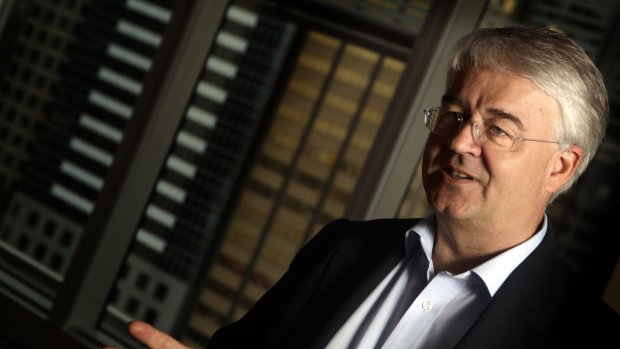 The taskforce is intended to draw expertise from across government to develop policies, reforms and enforcement to discourage people from entering the black economy, a term used to describe those who operate outside the tax and regulatory system. That covers everything from billions of dollars in illegal tobacco flooding into shops, sham contracting and company phoenixing through to tradespeople and restaurants that evade tax by accepting payment only in cash.

More than 30 of the 80 recommendations made by the taskforce in its final report in October were accepted, 21 agreed in principle and 26 either "noted" or not supported.

Those rejected included a time-limited amnesty for people in the cash economy rather than those in criminal conduct, to be followed by an enforcement blitz. It also stopped short of sanctions against consumers who consent to cash payments.

However, other proposals were being developed to build the Black Economy brand "across government to change community perceptions and attitudes", Mr Andrew said.

Some agreements in principle were being implemented or were in train: for example, recommendations awaiting the outcome of the cross-agency Migrant Workers' Taskforce, which is attempting to stop exploitation of vulnerable workers.

Others will be finalised when the government has established its response to the Small Business Digital Taskforce, which is looking at ways to accelerate the rate small businesses are adopting digital technology.

Treasury will be responsible for about 30 recommendations, followed by the Australian Taxation Office, Jobs and Small Business, and Home Affairs, which has responsibility for national security, law enforcement and border control.

Recent raids on illegal tobacco importers, arrests and the seizure of millions of dollars worth of cigarettes has been linked to taskforce efforts at better co-ordinating national policies and enforcement. Retailers and tobacco companies have claimed lax regulation has contributed to tobacco shops backed by Middle Eastern and Asian crime gangs avoiding more than $4 billion a year in excise taxes.

Another change has been extending the requirement to record and report payments made to contractors from those in building and construction to cleaning, courier, IT security and road freight industries.

In addition, from July 1, businesses will not be able to claim deductions on cash payments to employees if they have not properly met their tax obligations.

Key reforms planned by the end of this year include strategies for small businesses to move to a non-cash business model and improving the integrity of government procurement.

The Black Economy implementation team will be overseen by a governance committee chaired by Treasury and an advisory board.