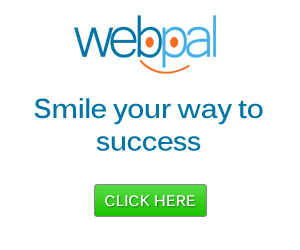 Mens group hits out after reunion

I prefer suicide to lesbian mum

Desperate mum's cry for a son

I will nail 'gutless' cowards

A DREAM reunion has turned into a nightmare for an Ashburton mum. Just two months after being reunited with her lost child, Michelle Knight is living in fear after being the target of a hate campaign.

Ms Knight has taken her son Andrew out of school and is living as a prisoner in her home after a men's group distributed a vicious letter about her to neighbours. In the letter seen by the Herald Sun, a men's group known as the Blackshirts claims Michelle Knight has corrupted her children and asks her neighbours to give her a message that "enough is enough".

In March, Ms Knight was reunited with Andrew after he disappeared for 10 weeks after a visit to a local pool. It is believed he was cared for by men's groups during his time away from his mother. Ms Knight said she had recently received phantom phone calls and knocks on the door. This week her neighbours received a letter, headed "An open letter to the neighbourhood".

The letter says "in this neighbourhood there is one person that especially concerns us" and then reveals personal details about Ms Knight's life and several damaging accusations. "I was shocked and horrified," Ms Knight said yesterday. "These people are cowards. "Don't they have a life. "I thought all this was over -- when is it going to stop? I just want Andrew to get on with his life."

Ms Knight said Andrew now spent his days at home with her after she took him out of school, fearing he would disappear again. "I'm frightened something will happen to him," she said. "Why don't these people show their face instead of writing material?" The letter ends by asking readers to write to the Blackshirts if they want to know more or join the organisation.

Yesterday the Herald Sun contacted a spokesman for the Blackshirts, John Abbott, who said he had a copy of the letter in front of him but would not reveal who wrote it. "I have my beliefs but I can't divulge them," he said. "It (the letter) may instil shame -- that would be its purpose." Mr Abbott said he most definitely supported the letter and said "our strategy is not to instil fear but bring into the open that which we see is wrong." He said the Blackshirts all wear a uniform and supported the protection of marriage, family and children.

Investigations by the Herald Sun have revealed Mr Abbott was convicted and fined $500 in 1997 after disrupting an Anglican church service by accusing the priest of adultery. Mr Abbott's court hearing was told he had fanatical beliefs on divorce and remarriage and was the leader of a group of angry men from broken marriages.

Click Here for a copy of the original letter handed out to neighbours by the "Blackshirts".

Hate Letter handed out by the 'Blackshirts'

I prefer suicide to lesbian mum

Desperate mum's cry for a son