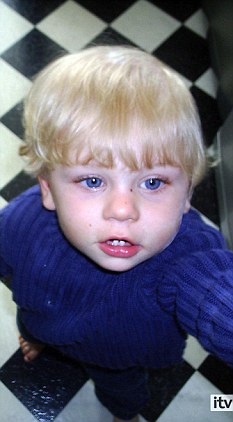 If Her Majesty gets enough letters it might warrent a word or two in Kevin Rudd's shell like!

I have been a life long supporter of the Royal Family with great admiration of Her Majesty the Queen who has served with devotion for 56 years, and whilst dissenters will point out that she has never to care about paying her rent or gas bills it is also true to say her enduring legacy is to have a positive effect on many people, and the phrase Commonwealth, which relates to former colonies of the Empire, also refers to a fundamental ethos, Common- Wealth, if applied to all parts of society would resolve so many of the ills we are encountering today! You never hear a politician use the term Commonwealth as they do not want us to have it!
https://www.youtube.com/watch?v=bE7T_vR-0ms&feature=related

In the context of what we are trying to achieve here we have a commonwealth of knowledge, all be it gleened from the negative set of experiences we have been made to endure and we have a common goal to put things right which, in addition to various routes I have proposed on adjacent sites, this is the one I believe fit best here both for activists in the UK , Countries under her majesties reign and beyond. President Obama and his wife showed great warmth toward our Monarch during the G20 visit so even those in the US, and in spite of the 4th of July may well see the logic of this proposal!
In the UK right now the highest court in the land presided over by the Law Lords (also accountable to our Queen) move from the stuffy echelons of the House of Lords to a newly modernised location of the Supreme court across the road;

They claim the new court will give greater access to the public seeking review of cases failed at local court, This for us go's nowhere near enough to resolve the systematic failure and prejudice incurred to the detriment of our children, our family and the
longer term effect this has on society as a whole! On the AM board I have proposed a judicial review of ..well the judiciary and believe we should be in on the ground and running as this court opens for business for the first time. My be we could ask that anti war protester who has camped out in parliament square to move along a little to Collage Green and put our sign up too and we could lobby her Majesty the queen to propose a judicial review of these courts in view of their previous failings now whilst the M.Ps are languishing in foreign climbs and our letters (which our constitutionally monarch is duty bound to do) are not just filled away for some bleary eyed civil servant to pass on to the least helpful employee at the Ministry of Justice! I suggest we also send our letters Cc to a substantial newspapers such as The Telegraph or The Times and the shear volume it is hope would justify a notation in their hallowed covers!
I propose two type of letter one for UK residence to site our wishes for the new supreme court and the second for everywhere else in the world who's citizens have encountered the wrath of and erroneous Family Court Judge! Please and as has been stressed to me upon entering this site lets keep it all professional and write to Her majesty with respect I have a guide on how to address the Queen both from the UK and abroad there is a difference.
https://www.royal.gov.uk/
https://www.thecommonwealth.org/
https://www.wikihow.com/Write-to-HM-Queen-Elizabeth-II
https://www.royal.gov.uk/MonarchUK/Queenandthelaw/SovereignasFountofJustice.aspx

Re: Commonwealth a common goal!

Many Children are forcefully, but often wrongly separated from their parents as a result of ill informed Family Court Judgements, which are relevant too heavily on spurious reports from the Social Services.
The resulting disorder for that child and the family involved is most evident later when the child often neglected the supervision and guidance of a father is often found to be anti social and against the moral authority of schools and ultimately the police.

The social services to be prevented from reporting to court and for family doctors and indeed the schools to be called upon to report on the child’s welfare as they have a clearer insight and more intimate relationship then social workers who make random snap shot inspections, they should concentrate on Child Welfare rather then tote for business by contributing to the problems in the Family Court.

The time has come for a levelling of the playing field so a child has equal access to both parents’ and for those parents to exercise their obligations under their parental reasonability’s and state intervention to be encouraged
to contribute to this end rather then perpetuate the problems as they do presently.

I hope Your Majesty is able to consider these proposals and pass that view
on to those who can make a difference to a child, a parent and our society
as a whole.

I have the honour to remain, Madam, Your Majesty’s humble and obedient subject


This subtle campaign could be more effective then you think in conjunction with other campaigns and individual efforts! Keep the faith Davey!

By:Daveyone from London, England! on August 26, 2009 @ 4:38 pm
http://www.thesun.co.uk/discussions/forums/show/SunTalk-6401.page
Keeping our message alive and in the public eye!

By:Daveyone from London, England! on August 17, 2009 @ 7:40 am
I have put more details on the Forum 'News from the front line' if anyone here wants to participate further, there seems a ground swell in many parts that things are about to change that includes Australia but it needs your support come on guys, this is what you have been fighting for for so long don't lose the momentum now and let some politician hold you back who the 4X are they?

By:Daveyone from Little Englander!, England! on August 16, 2009 @ 6:05 am
Come on you lot reclaim your forum there are no more gremlins in the works, just me talking to myself ..lonely world this campaigning stuff!

By:Daveyone from London, England! on August 15, 2009 @ 2:07 am
Sorry letter should read Parental Responsabilities, but none the less I think you will catch my drift!